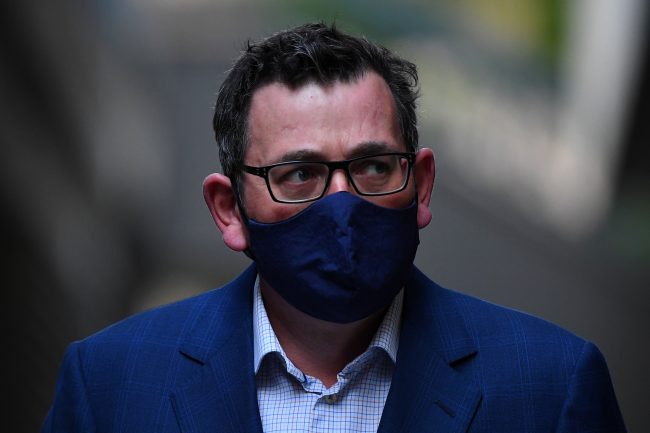 Victoria's border with South Australia will stay open for now, as SA enters a six-day lockdown to deal with its virus outbreak.

Victorian Premier Daniel Andrews has asked South Australians to cancel all non-essential travel to the state.

"Unless you have got an urgent reason, a really pressing reason to visit Victoria, now is not the time to come to Victoria," he said.

SA will lock down for six days as the state deals with an outbreak of the virus in Adelaide.

"I think on Sunday you will see some changes to mask policy, that will be principally I think when you're outside and when you're away from others," he said.

Meanwhile, Victoria is setting up rapid coronavirus testing for truck drivers crossing the SA border at the town of Nhill.

And travellers arriving in Melbourne or Mildura by plane from metropolitan Adelaide will have to undergo a coronavirus test, even if they don't have symptoms.

Any truck driver who refuses to take a coronavirus test at the SA border will be sent back, while plane arrivals who refuse to be tested will be subject to a public health order requiring them to quarantine for 14 days.

Victoria's Deputy Chief Health Officer Allen Cheng says travellers who have been in metropolitan Adelaide are being told to isolate until they get their results.

"We're giving them strict instructions and telling them that wherever they're going, to quarantine in that location, it's a legal requirement," he said.

"But as soon as the test results are back, then they can leave.

"Clearly we're getting some flashbacks to the situation in Victoria," he said, but noted the SA cases were all linked so far.

"We have no plans to close our borders, but we are monitoring literally on an hourly basis the situation in SA," Mr Foley told the Nine Network on Wednesday morning.

"Of course, we reserve the right to take further measures if the advice changes."

"I think we can all be confident that they'll be able to bring this under fundamental control," he said.

The developments come as Australia's chief scientist Dr Alan Finkel has given evidence at a parliamentary inquiry into Victoria's contact tracing system.

He told the inquiry Victoria's system was easily overwhelmed during the second wave of the virus, because it was only designed to deal with low case numbers.

Victoria on Wednesday reached 19 days without any deaths or new cases.

There are three active cases in the state, with 17,354 people tested in the previous 24 hours.

The state's virus death toll stands at 819, with the national figure 907.