Zero COVID cases or deaths for Victoria - Australia's most ravaged COVID-19 state, Victoria, has reported a day without any fresh ca ...
Bond movie idol Sean Connery dies, aged 90 - Sean Connery, the charismatic Scottish actor who rose to international superstardom as the ...
Connery hailed by the current Bond Craig - Daniel Craig has hailed fellow James Bond actor Sir Sean Connery as "one of the true ...
Typhoon Goni approaches the Philippines - Officials have evacuated almost one million residents in the southern part of the Philippi ...
At least 28 killed in Turkey earthquake - Rescue teams are ploughing through concrete blocks and the debris of eight collapsed build ...
No Queensland virus cases on election day - Queensland has recorded no new COVID-19 cases on state election day and notched 50 days si ...
One new NSW case as ire over borders grows - The Queensland government's "ridiculous" decision to keep Sydney on the border b ...
Body found in western Sydney car blaze - A person has burned to death in a car fire in Sydney's west, prompting a public appeal fro ...
NSW learner driver flees police at 130km/h - A NSW learner driver has led police on a late-night high-speed pursuit through the streets ...
Man sentenced over "reckless" punch - A young footballer has been handed a two year community corrections order for a king hit ... 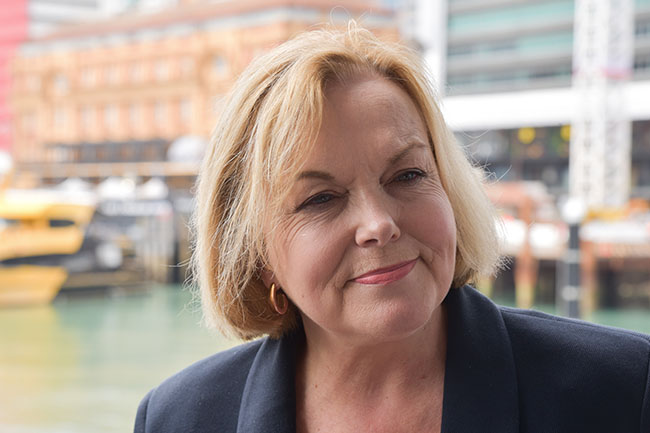 In another off-script rant of a failing campaign, the leader of the centre-right National party sledged Australia's smallest state on Thursday, saying she wouldn't want New Zealand to be like it.

"We don't want to be the poor cousin of the rest of Australia as such," she said in Auckland.

Ms Collins was asked how she would describe her campaign before launching into the comparison without prompting.

"It's been relentless. Relentlessly positive," she said, borrowing one of Prime Minister Jacinda Ardern's phrases.

"Every day has been another day to get out and share a vision for New Zealand that's not another Tasmanian one; it's been about us being a wonderfully exciting place to be."

Polls have Ms Collins tracking to lose the election by the biggest margin in 18 years.

The 61-year-old said she had visited the Apple Isle, likening it to the region where she and Ms Ardern grew up.

"I thought it was lovely; it reminded me of the Waikato before we had wonderful things like the excellent road of national significance, the expressway," she said.

"The Waikato expressway has opened up the whole Waikato. It's just lovely.

"It was much nicer than before the Green party took over there; it's been a bit of a challenge since.

"I think it's a lovely part of the world but do you necessarily want to go there with your high tech business? Possibly not."

Ms Collins' views on the Greens "taking over" are incorrect.

The party has served just once as part of the Tasmanian government between 2010 and 2014, when two ministers held portfolios.

Throughout the last week of her campaign, Ms Collins has suggested Ms Ardern's Labour party will implement one of the Greens' radical tax policies, a claim Ms Ardern denies.