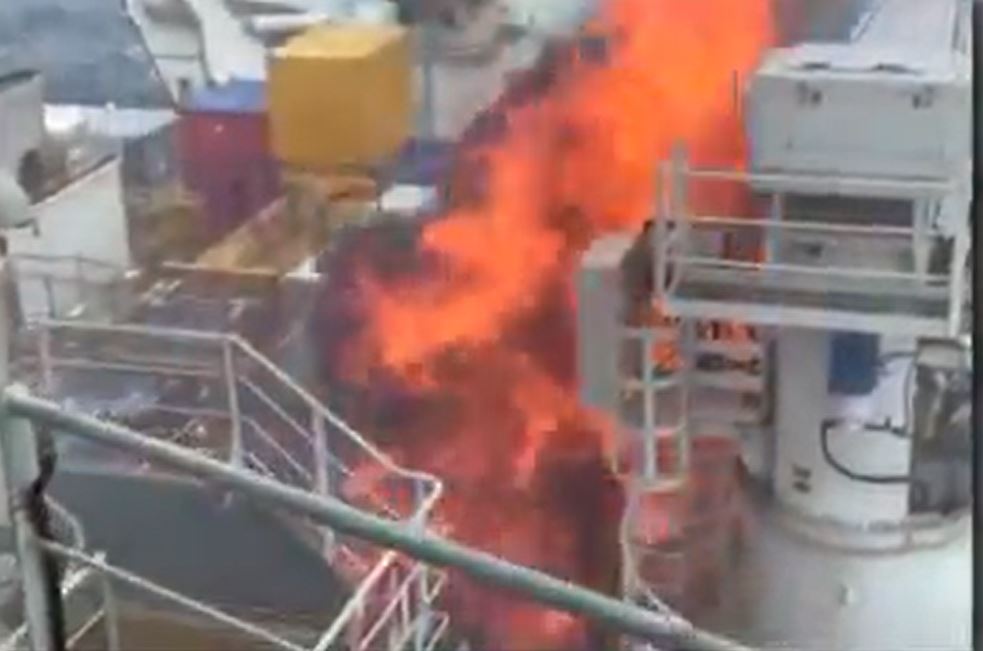 A fire on board an Antarctic resupply ship earlier this week appears to be worse than first thought.

The Australian Antarctic Division has confirmed a support vessel is being sent to assist the MPV Everest, after the blaze engulfed its port engine room and destroyed two inflatable rubber boats on the deck while en route to Hobart on Monday.

It was five days into a return journey from east Antarctica after resupplying Australia’s Davis and Mawson research stations.

No one on board was injured, but the vessel has been diverted to WA on its starboard engine.

The Australian Transport Safety Bureau is investigating the incident.

"This has been a traumatic incident for everyone on-board," AAD General Manager of Operations Charlton Clark said on Thursday.

"The Everest is not in distress, however we think it's prudent to send an additional vessel."

“For expeditioners on board, having a secondary vessel nearby, will hopefully provide some reassurance.”

Everest is now 1200 nautical miles south of Fremantle, travelling at about 10 knots.

Meanwhile, the peak maritime union is accusing the AAD of downplaying the incident on the foreign-crewed vessel, which is being used while the new icebreaker - RSV Nuyina - nears completion.

“Thankfully, there are no reports of injuries among the 109 crew and expeditioners on board, but a fire of this scale on a vessel just days into a voyage from remote research stations in Antarctica is extremely alarming,” Maritime Union of Australia Assistant National Secretary Jamie Newlyn said.

It's the second fire on the Everest this year.

“One fire might be bad luck, but two significant fires should ring alarm bells about the AAD decision to replace the Aurora Australis — with its proven track record — with a foreign charter vessel,” MUA Tasmania Deputy Branch Secretary Alisha Bull said.

“The union repeatedly warned the AAD that the use of a charter vessel, crewed by foreign seafarers that lacked the experience of the Australians who safely operated the Aurora for decades, posed a significant safety risk to the Antarctic mission."

“The Federal Government also has serious questions to answer about their refusal to intervene, with the impact of that failure to become clearer once the MPV Everest reaches an Australian port and the extent of the damage from this latest fire becomes clearer."