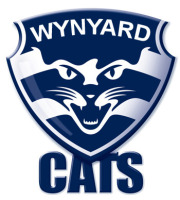 An internal investigation into the behaviour of a group of Wynyard Football Club players on an end of season trip to Hobart earlier this month is nearing completion.

It's been alleged players caused damage at their accommodation and the bus which took them to Hobart refused to bring them home.

A post on the club's Facebook page says the investigation has been comprehensive - also stating recent local newspaper coverage of the allegations is based on rumour and has little or no resemblance to the truth.