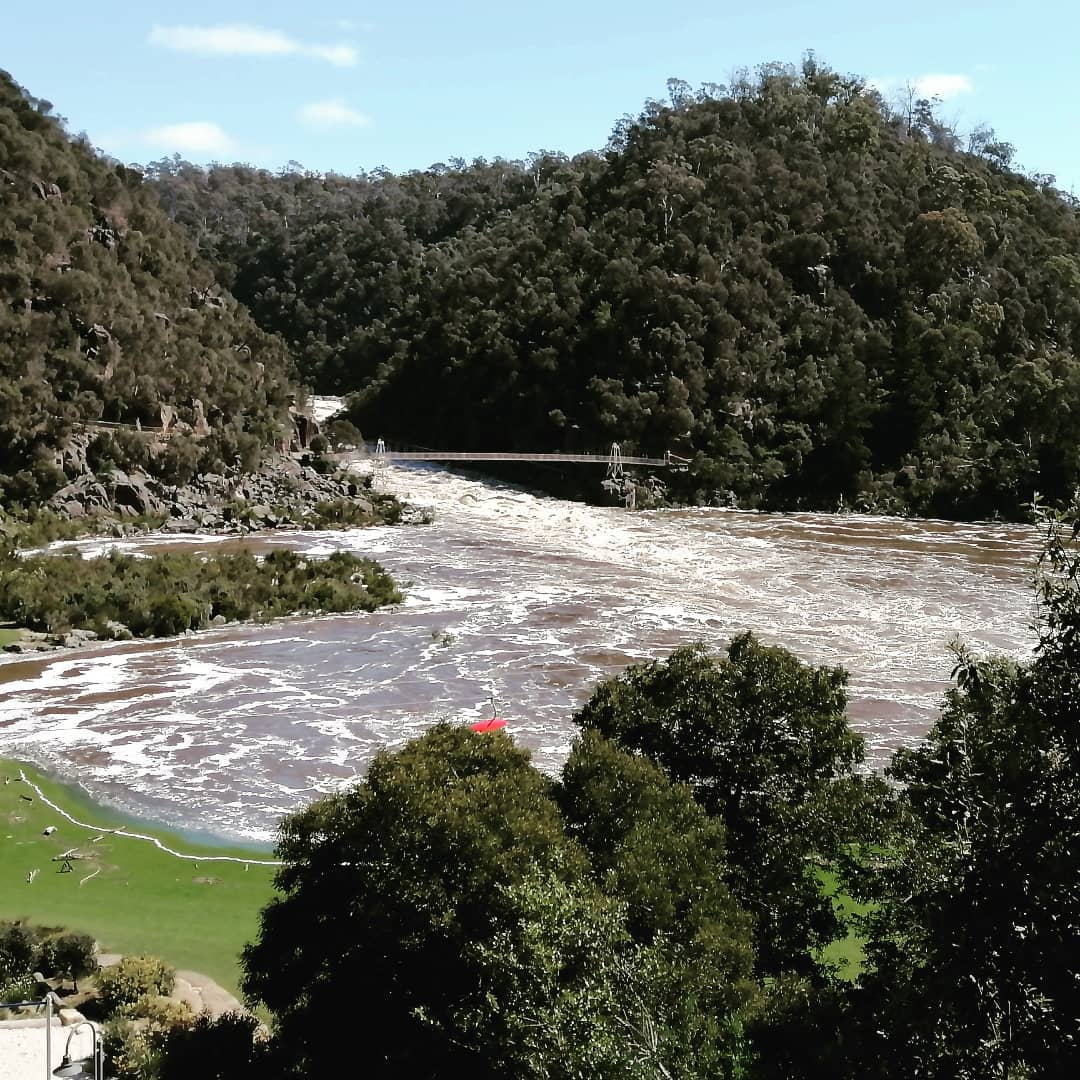 Witnessing what could have been potentially much worse when a man got caught in floodwaters at Cataract Gorge's First Basin yesterday, a local tour guide has issued a warning to those wanting to swim there.

Mr McLean said the man is a regular swimmer at the Gorge, having done so for around four years.

"He's a pretty powerful swimmer, but yesterday he got in a bit of trouble, it looked like he got caught in an undertow (current) which dragged him under, he struggled to get out," Mr McLean said.

"He got out and he struggled back to the grass and then collapsed."

Mr McLean said people went to the man's aid, who was taken to hospital via ambulance.

Mr McLean said he hadn't ever seen anything like this before.

"Spending much more time than most people in the Gorge, I haven't seen anyone get into that sort of trouble before, mind you not everybody swims in a flood so it's quite unusual," he said.

"Don't go into the flood waters - because what happens on the surface doesn't mean you can read what's going on underneath, that was the problem - the undercurrent can come through.

"That's the tipping point too - it's only a small flood, nothing major, we've certainly had bigger than this, so it's a good message - don't try your luck in flood water."

The Health Department has been contacted for comment on the man's condition.