Probe into police shooting - Tasmania Police are pledging a full, arms-length investigation after shooting a man dead ...
Cruise passengers sought after virus case - Health authorities are scrambling to track hundreds of passengers who left a cruise ship i ...
GM to scrap Holden brand in Aust and NZ - Global automotive giant General Motors has delivered the final death blow to Holden, with ...
Aussie ship passengers set for evacuation - About 200 Australians on a coronavirus-hit cruise ship in Japan will be evacuated on Wedne ...
PM 'angry' as Holden quits Australia - The prime minister is angry that General Motors took billions of dollars in government sub ...
Virus cases rise again in China - The number of reported new cases of coronavirus in China's Hubei province has risen after ...
Holden decision leaves Supercars uncertain - Holden has refused to commit to remaining part of the Supercars championship beyond 2020 a ...
Rejuvenated Taipans chase NBL fairytale - After helping to transform the NBL wooden-spooners into a finals outfit, Cairns Taipans im ...
Disability inquiry examines health care - Australians should be disturbed by the very serious problems in the provision of health ca ...
Student survives Gold Coast bush ordeal - A woman feared dead after disappearing in flooded and dense bush on the Gold Coast has bee ... 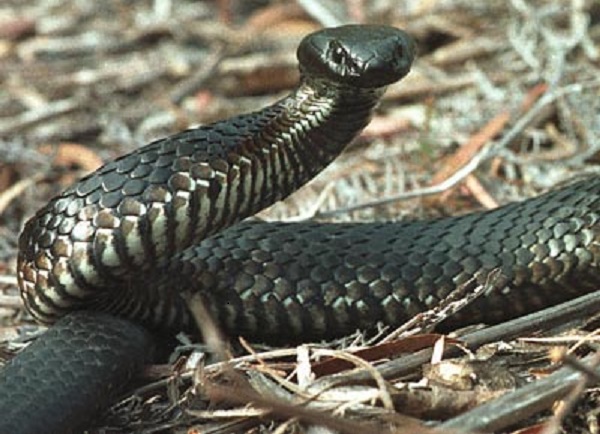 More snakes are crossing paths with humans this warm season in Tasmania as they come out of the bush searching for water.

Chris, who's been bitten by tiger snakes twice, is urging everyone be aware of treating a bite with a broad pressure bandage before seeking expert help.

"The last death in Tasmania from a tiger snake was the Brighton Show in 1978, I believe, which was a snake handler who got the bite on the neck, other than that, we probably have three, four or five bites a year, they are rare."

"We've been keeping records for about 114 years, there has never been a death from a copperhead on record, most copperhead bites are dry bites, they have got a pretty poor venom delivery system."

Chris advises leaving water around the boundary of your property so snakes don't seek a drink closer to your home.